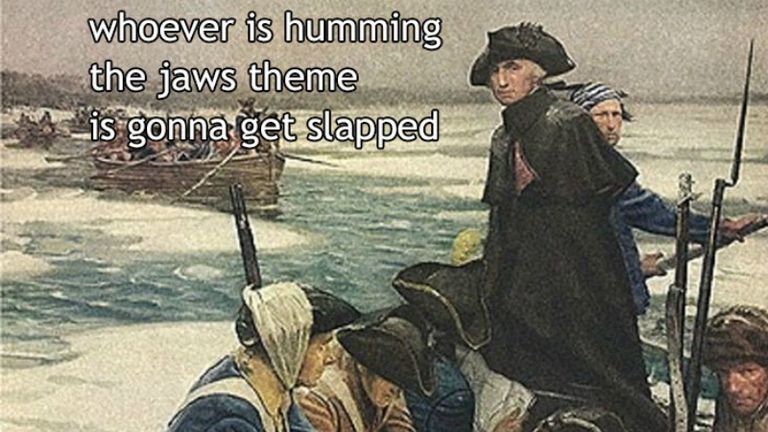 Cigarettes and Corn in 1944

"Remember way back when City Clerk Bill Wallmark always had a pack of cigarettes on the counter for the convenience of callers?  It is probably now that Bill has an extra smoke  now for anyone if they ask for it, but he has eliminated the 'help yourself' plan."

"Fairdale neighbors with tractors and corn huskers husked and shelled the crop of corn for Mrs. Eunice White  Monday.  Mr. White had been ill for several weeks and unable to husk his corn before he passed away Wednesday."

Posted by RoadDog at 5:12 AM No comments:

Certain groups today are bent on destroying the last vestiges of the Lost Cause with a vengeance and I feel that I need to keep up with that at this time.

And, so much is happening that I need to write about three blog entries a day to keep up with it in my Civil War II:  The Continuing Attack on the Confederacy blog.  Right now I am about two weeks behind and would like to get it where I am no more than a day or two behind.

So, in keeping with this, I will not be writing in this blog for awhile until that happens.

So, Until That Time I Will be Suspending This Blog.  --Cooter

Posted by RoadDog at 4:35 AM No comments:

Like George Floyd, he was black, in his mid-40s and died at the hands of a white man.  And, like Floyd, he may have helped touch off a revolution.

Many in the Black Lives Matter movement are invoking the name of Crispus Attucks -- a black American gunned down by a British soldier in the Boston Massacre on March 5, 1770 -- as a symbol of entrenched white-on-black violence and oppression.

Attucks is widely seen as the first casualty of the American Revolution and 250 years after his death, he's becoming a rallying figure for a nation battling old demons.

Sad to say, though, I don't think many of those you black and white people out there marching, protesting and, in all too many cases looting and destroying Confederate monuments have a clue who Crispus Attucks is.

No Shooting Allowed at Annie's Woods in 1920, Big Fine

"Anybody caught shooting firearms at Annie's Woods or anywhere else in  the city limits, is liable to feel the effects of the law's  penalty, which is a fine of from $1 to $200."

Annie's Woods is located by the Kishwaukee River just to the east of Northern Illinois University in DeKalb.  At one point this was considered a major place to go for couples to make out.  Hopefully it didn't lead to the shootings.

Posted by RoadDog at 1:23 PM No comments:

These people were also born on the 4th of July:

"There was some commotion  at the Sycamore Preserve Works last Monday over the double discovery that, under the new superintendent,  the hundred women and girls at work must stick to their posts and not talk; also , that their wages were cut down some thirty percent from last year's rates.

"From thirty to sixty cents a day is all they earn at present prices.  Last year they had a kind of picnic there and lots of fun;  this year they say it is serious work and pretty poor pay.

"Quite a number quit work at noon and other at night.  Next day there was a slight advance in wages.

Posted by RoadDog at 3:02 AM No comments:

Free Doctoring and Getting Rid of That Cat in 1878

"Drs. Nesbitt and& brown have taken the contract to doctor the poor of Sycamore next year.  That includes pretty much all of us, don't it/  What's the use of paying any more doctor bills?

Posted by RoadDog at 6:34 AM No comments:

Pounding It and Running for Sheriff in 1878

"There were some amusing novelties at the sociable.  The pound party of the Episcopalians  made a good deal of fun.    Each guest brought a pound of something and at nine o'clock,  the 40 or 50 packages were sold at auction.

"Captain Whittemore asked a man from the south of the county what was the news down there and learned that 'half of our people have been sun-struck, and the rest are  running for sheriff."

Posted by RoadDog at 7:34 PM No comments:

About College and Valentine's Day Back in 1878

"Fifteen or twenty young gentlemen and ladies of Sycamore went to school or college last week, and 15 to 20 parents are receiving letters this week saying, 'Send me a little more money, father, it takes more money than I thought it would."

"Valentine's Day sent  500 Sycamore children crazy, last Wednesday.  The amount of foolishness sent through the mail was enough to sicken the stomach of a dog.

"The glory of Valentine's Day has departed."

Arguably, the best-known president on this list, John F. Kennedy served as the 35th president.  At age 43, he was the youngest person ever elected.  His biggest challenge was the Cold War with the Soviet Union and faced crisis after crisis, including the building of the Berlin Wall and the Cuban Missile Crisis.

In addition to the international crises, he was in poor health, despite  maintaining an image of youthful vigor.  He served for two years and ten months and was assassinated by Lee Harvey Oswald in Dallas, Texas, on November 22, 1963.

When President James A. Garfield was assassinated on his way to New England in 1881, Vice President  Chester A. Arthur became president.  Initially unpopular, he gained points with the American public by introducing the Pendleton  Civil Service Act, that held  federal employment would be based on merit instead of  political party affiliations.

Suffering fro  a kidney-related disease, the 21st president  managed to finish his partial term of three years and five months before moving to New York City and dying the following year.

Posted by RoadDog at 6:49 AM No comments:

In 1974, President Nixon resigned because of the Watergate Scandal.  This paved the way for his vice president, Ford, to become the 38th president.  He lost a lot of support when he pardoned Nixon. he also faced an energy crisis, high unemployment and a weak economy.

There were a few assassination attempts, but he survived and served a partial term of over two years before losing the election to Jimmy Carter.

Vice president in Zachary Taylor's presidency.  When Taylor died, sworn into office and became the 13th U.S. president.  He only served the rest of the term.  Perhaps best known for his support of the Compromise of 1850. a package of five bills that led to a temporary standstill in the slavery debate.

He openly opposed the practice of owning another human, but was unwilling to do anything in states where it already existed.  he died of a stroke in 1874.

In Honor of Father's Day, Working With Dad-- Part 2

These are the names of the movies these famous father-child duos appeared in together.

7.  "The Pursuit of Happyness"

Sure Will Be Glad When the Movie Theaters Reopen.  (Supposed to be this Friday here in Illinois.  I miss that expensive popcorn.)  --RoadDog
Posted by RoadDog at 6:22 AM No comments:

In Honor of Father's Day, Working With Dad-- Part 1

In honor of Father's Day, they saluted celebrity dads and their famous offspring who have worked together on memorable films and TV shows

I'll give you their names and the year the film was made.  You guess the name of the movie.  These answers will appear in the next post:

Posted by RoadDog at 5:36 PM No comments:

Commanded troops in the War of 1812 and became famous in the Mexican War. Served in U.S. Army for almost forty years before becoming the twelfth president of the United States.

Shortly after an Independence Day ceremony at the yet-to-be completed Washington Monument, he began to complain about intense stomach pain.  On July 9, he died of acute gastroenteritis.  His was the third shortest presidential serve coming in at one year, four months and five days.

His political career began in  1898, but he did not become the 29th president of the U.S. until March 1921.    Two years later, in 1923, he became sick during a trip across the country and passed away August 2, presumably of a heart attack.

He was elected president after World War I and promised a return to normalcy.  However, after his death his whole administration was rocked by scandal.  He was not personally involved, but it destroyed his reputation.

Posted by RoadDog at 5:24 PM No comments:

Served the very least amount of time.  The ninth president and at age 68, the oldest to be elected at the time.  Shortly after his inauguration, he developed pneumonia and died April 4, 1841, exactly a month after taking office.  Better known for fighting Indians and his service in the War of 1812.

Served as a general in the Civil War.  Elected the 20th President of the U.S., he took office in March 1881.  Strong believer in social reforms and education for Blacks.

Shot in the back at a railroad station in July 1881 and died of wound-related causes 79 days later on September 19.  At the time, he was the second president to be assassinated.

Harrison and Garfield are the only presidents to serve less than a year.

--Cooter
Posted by RoadDog at 7:10 AM No comments:

U.S. Presidents Who Served for Under Four Years-- Part 1

**  Shortly after his inauguration, William Henry Harrison developed pneumonia and died on April 4, 1841, exactly one month into his first term.

**  After serving as president for two years and ten months, John F. Kennedy was assassinated by Lee Harvey Oswald in Dallas on November 22, 1963.

**  Suffering from a kidney-related disease, Chester A. Arthur managed to finish his partial term of three years and five months.

A typical term of an American president is four years, with an additional four years for reelection.  However, there have been a handful of men who have served less than four years.

I'll be listing the eight shortest serving presidents, starting with the shortest in upcoming posts. 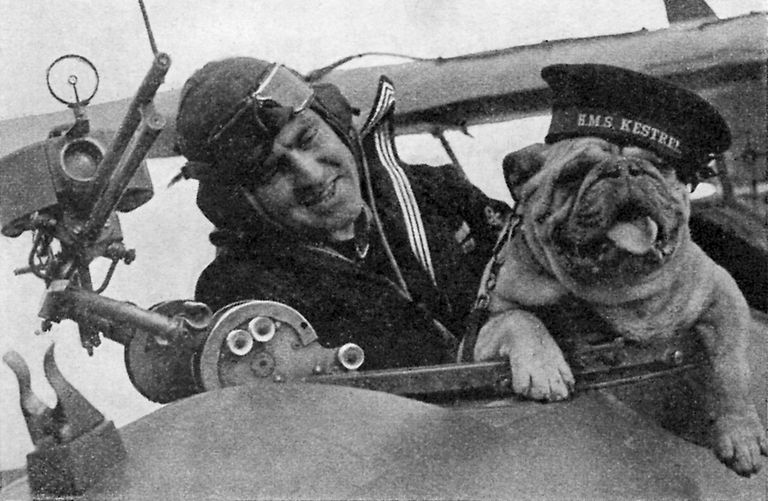 RoadDog
Retired from teaching since 2006 and wondering how I managed to get so much done back when I was working and deejaying as well. I have lots of interests which is why I have so many blogs.